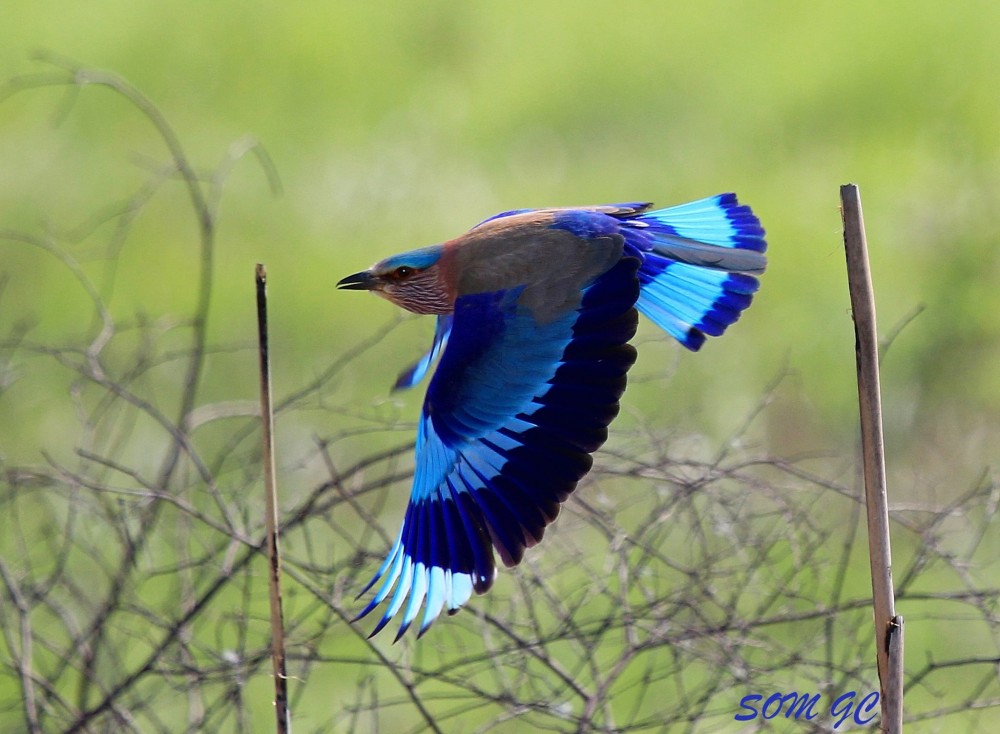 Amazing package for the bird lovers.

Explore more than 100 species of birds in Phulchoki and Godawari.

Get to see endangered One-horned Rhino in Chitwan National Park.

Explore the culture of Tharu Communityn in Chitwan.

Nepal has the most diverse topography. The topography of Nepal is divided into three regions, the Himalayans, the Middle Hill and the Terai Region (Plain Land). Being a landlocked country Nepal has been blessed with alpine natural beauty from high Himalayas to plain land of Terai. This Low Land tour of Nepal takes you to the Terai region of Nepal. The Low Land Tours of Nepal takes you to the beautiful places of Terai region which are also a famous for Bird watching tours.

Low Land Tours of Nepal is a 16 day tour which takes you to the famous bird watching spots of Nepal where you can explore varieties of species of Birds. A part from that you will also visit the national park and wildlife reserve of Nepal like Koshi Tappu Wildlife Reserve, Bardia National Park , Chitwan National Park and Suklaphant Wild Life Reserve. You will also visit the UNESCO world Heritage Site and birth place of Gautam Buddha at Lumbini. This low land tours in Nepal takes you to the following places for Bird Watching Tour.

Kathmandu is the capital city of Nepal. There are more than 500 species of Birds that are found around Kathmandu valley. In this tour we will visit the most popular place for Bird Watching in Kathmandu which is Phulchoki Hill. Phulchoki Hill lies 20 km towards the south east of Kathmandu. Vairous Species of Birds such as Babbler, cutia, warblers, minivets, thruses, eagles, woodpeckers and many more can be seen here. We will also visit Godavari botanical Garden which records more than 100 species of Birds.

The Koshi Tappu Wildlife Reserve is a protected area in the Terai of eastern Nepal covering 175 km2 (68 sq mi) of wetlands in the Sunsari, Saptari and Udayapur Districts. The reserve was established in 1976designated as a Ramsar site in December 1987.  Koshi Tappu Wildlife Reserve comprises extensive mudflats, reed beds, and freshwater marshes in the floodplain of the Sapta Kosi River, and ranges in altitude from 75 to 81 m (246 to 266 ft). There are more than 480 species of birds that were recorded in Koshi Tappu Wild Life Reserve. Some of them are weathercock, Indian nightjar, dusky eagleowl, black-headed cuckooshrike, whitetailed stonechat, striated grass bird, large adjutant stork, Pallas’s fish eagle, common golden-eye, and many more.  This makes Koshi Tappu wildlife Reserve a Bird Watchers Paradise.

Chitwan National Park is one of the best bird watching tours in the whole country. A total of 544 species of birds has been recorded so far including 22 globally threatened species including critically endangered Bengal Florican, Slender-billed Vulture, White-rumped Vulture and Red-headed Vulture are found here. Chitwan National Park can be one of the best choices for all the keen bird watchers of all over the world.

Lumbini is the Birthplace of Gautam Buddha who is the founder of Buddhism and also known as the light of Asia. Lumbini is also a UNESCO world heritage site and one of the popular tourist destinations of Nepal especially for Buddhist Pilgrims all over the world. A part from that, Lumbini is also one of the, most popular places for bird watching in Nepal. Lumbini Garden is popular for watching Sarus Cranes which are the tallest flying birds and endangered species.  Besides cranes lot of numbers of various species of birds and animals are preserved in this Garden. You can see various species of Birds like gray hornbill, Eurasian eagle owl (the biggest owl species of the world), the globally endangered White-rumped and slender-billed vulture, Lesser Adjutant Stork, and also Blue Bull Antelope the biggest antelope of the subcontinent and many more.

Dhangadi is also a popular place for Bird Watching in Nepal. Dhangadi is the capital of the Kailali District of Nepal. We will visit the famous Ghoda Ghodi Taal where we can explore the different species of Birds around the

Welcome to ‘Bird Watchers Paradise’. Upon your arrival in Tribhuvan International Airport, Kathmandu our representatives’ will be waiting to receive you. They will take you to the respective hotel where you will meet the rest of the team members. At the evening we will serve you with a warm welcome dinner. Overnight at Kathmandu.

We will have our breakfast and drive to Phulchowki. Phulchowki lies 18km south east of Kathmandu. The highest mountain encircling Kathmandu valley is Phulchowki 2760m. The place is a paradise for birds. The lower region of this hill is covered on the first day. After, the early morning breakfast you will be driven in a car towards the lower Phulchowki. Phulchowki is an ideal bird’s habitat. Regularly found species of birds include Besra, Black Eagle, Mountain Hawk-Eagle, Kalij Pheasant, Common Hill Partridge, Ashy Woodpigeon, Wedge-tailed Green Pigeon, Mountain Scops Owl, Collared Owlet, Golden-throated Barbet, Speckled Piculet, Crimson-breasted Pied and Rufous-bellied Pied Woodpeckers and Grey-chinned Minivet among others. More than 50 species of migratory birds have recorded to visit the place as the seasonal visitors. After, the long day watching birds at Phulchowki we will drive back to Kathmandu. Overnight at Kathmandu.

Early morning we will have our breakfast at hotel and start our drive to Kosho Tappu Wildlife Reserve. We will drive through Mahendra Highway. The long drive gives you the most fascinating views of Nepal’s countryside villages, rivers, farm lands and hills. The conditions of the road are good but there are numbers of turnings and ups and down which makes the drive to Koshi Tappu and adventurous drive. If you want to skip this long drive then the other way to catch a flight to Biratnagar and drive to koshi Tapu from there. Overnight at Koshi Tappu.

We will have our breakfast at start our birding tour. We will have a full day excursion at koshi Tappu today on a boat and four wheels drier. On our excursion at Koshi Tappu we will see waders, waterfowl, birds of prey, marsh crocodile, otters, wild water buffalo and Gangetic Dolphins. You can also enjoy a short walk along the eastern Embankment. After completing our excursion we will return back to the hotel/resort. Overnight at koshi Tappu.

Today we will have our breakfast at Koshi Tappu and drive to Chitwan. Although Chitwan is only about 148 km the drive takes long because of the hilly road condition.The drive takes about 6-7 hours from Koshi Tappu to Chitwan. Upon reaching Chitwan you will check-in to the hotel and can roam around after getting fresh. Overnight at Chitwan.

Today we will drive to Lumbini from Chitwan. Lumbini is the birthplace of Gautam Buddha. It takes about 6 to 7 hours from Chitwan to Lumbini. Upon rea you will check-in to the hotel and can roam around after getting fresh. Overnight at Lumbini.

Early morning we will have our breakfast and start our birding tour at Lumbini. We will go to Lumbini Garden to see the birds. Lumbini Garden is popular for watching Sarus Cranes which are the tallest flying birds and endangered species.  Besides cranes lot of numbers of various species of birds and animals are preserved in this Garden. You can see variousspecies of Birds like gray hornbill, eurasian eagle owl (the biggest owl species of the world), the globally endangered White-rumped and slender-billed vulture, Lesser Adjutant Stork, and also Blue Bull Antelope the biggest antelope of the subcontinent and many more.  After completing our Bird watching tour we will also visit the famous Maya Devi Temple which is also a UNESCO world heritage site. Overnight at Lumbini.

Today we will drive to Bardia from Lumbini.. It takes about 5 to 6 hours from Lumbini to Bardia. Upon reach you will check-in to the hotel and can roam around after getting fresh. Overnight at Bardia.

Today we will drive to Suklaphant National park from Bardia National Park. It takes about 4 to 5 hours from  Bardia to Suklaphant. Upon reaching you will check-in to the hotel and can roam around after getting fresh. Overnight at Suklaphant

We will have our breakfast and after roaming around for some time we will drive to Dhangadi. Dangadi is the Capital of Kailali District. Upon reaching there you will check-in to the hotel and roam around the city for some time. After that we will go back to the hotel. Overnight at Dhangadi.

We will have our breakfast at dhangadi and drive to Ghodaghodi lake for bird watching. On the shores of Lake we can see various species of birds. We will also enjoy boating at ghodaghodi lake and return back to Hotel. Overnight at ghodaghodi Lake.

Day 15 : Drive or Fly to Kathmandu

Today we will drive back to Kathmandu after having breakfast at Dhangadi. The drive is about 14 hours from Dhangadi to Kathmandu. If you want skip long drive you can fly directly to Kathmandu from Dhangadi which takes about 2 and half hours. After reaching Kathmandu we will let you to explore the city on your own. Overnight in Kathmandu.

Thank you for travelling with us. We wish to see you again in near future with your friends and family. Please give us your feedback regarding our service before you leave so that we could improve if we lack anything. Goodbye. See you soon.

Below is a general guide to conditions at different seasons:

January to March (winter): In this season temperature will decrease at often 0°C (32°F) at night, with extreme cold at high elevations. It is possible to trek in places like the Everest region during the winter but due to extreme cold weather and heavy snow fall it may be quite difficult than as usual.

April to June (summer): In these months it is quite warm and dry weather. There is an abundance of blooming flowers in the Himalayas at this time, with rhododendrons, in particular, adding a splash of color to the landscape. This season is the best time to undertake mountain expeditions.

June to September (Monsoon): There will be heavy monsoonal rainfall in this season. Rains are generally lighter in high Himalayan reasons. In this season the mountain ranges are not often visible due to the clouds.

October to December (autumn): These months are cool and clear which is due to the end of monsoon, there is little dust in the air so this is the best season to visit the hilly and mountainous regions. 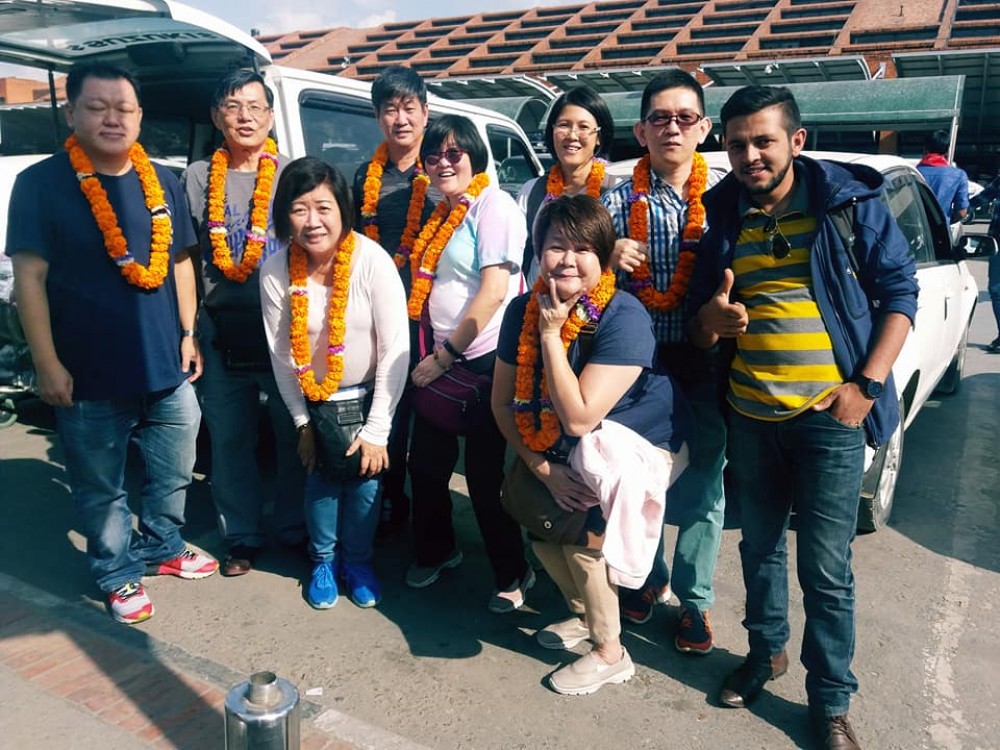 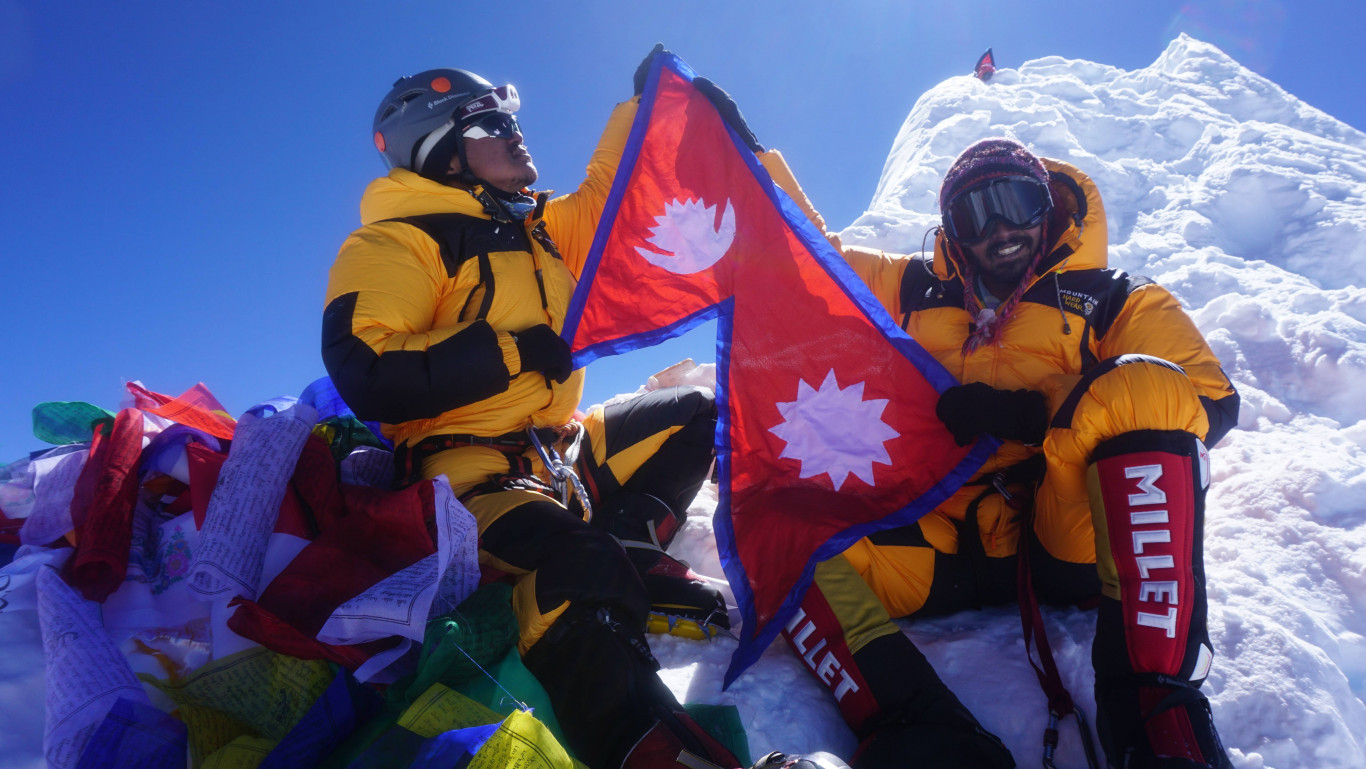 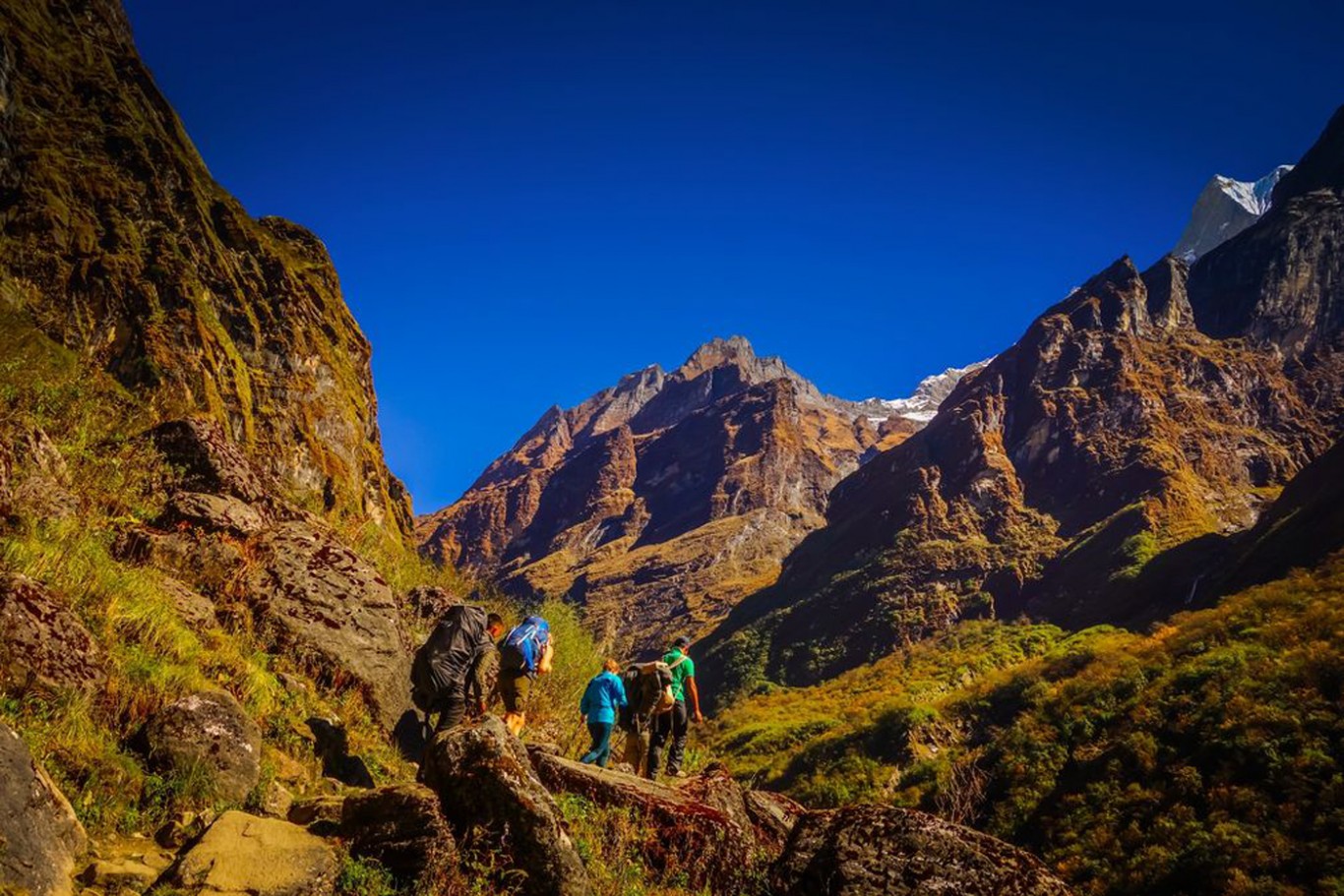 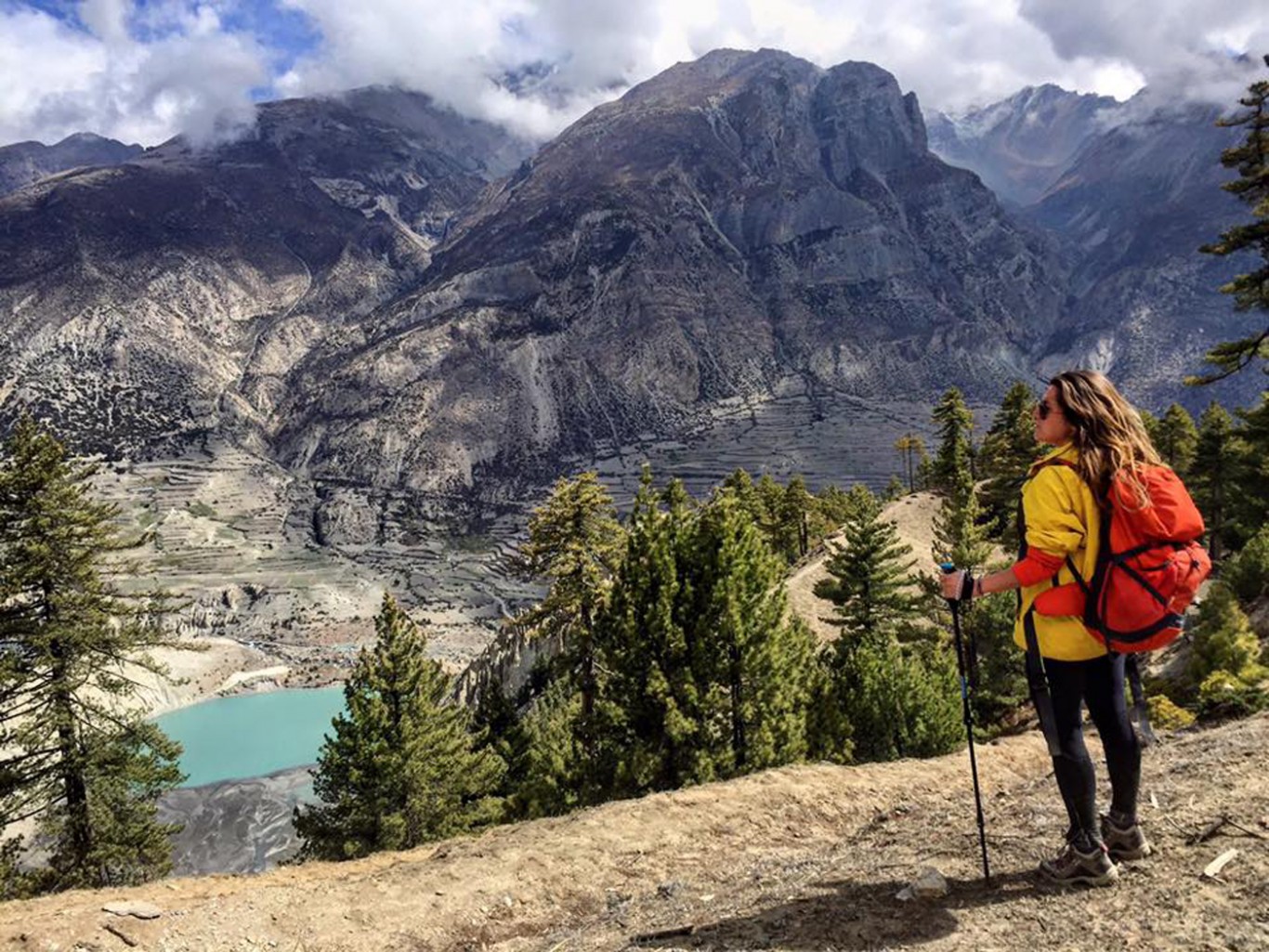 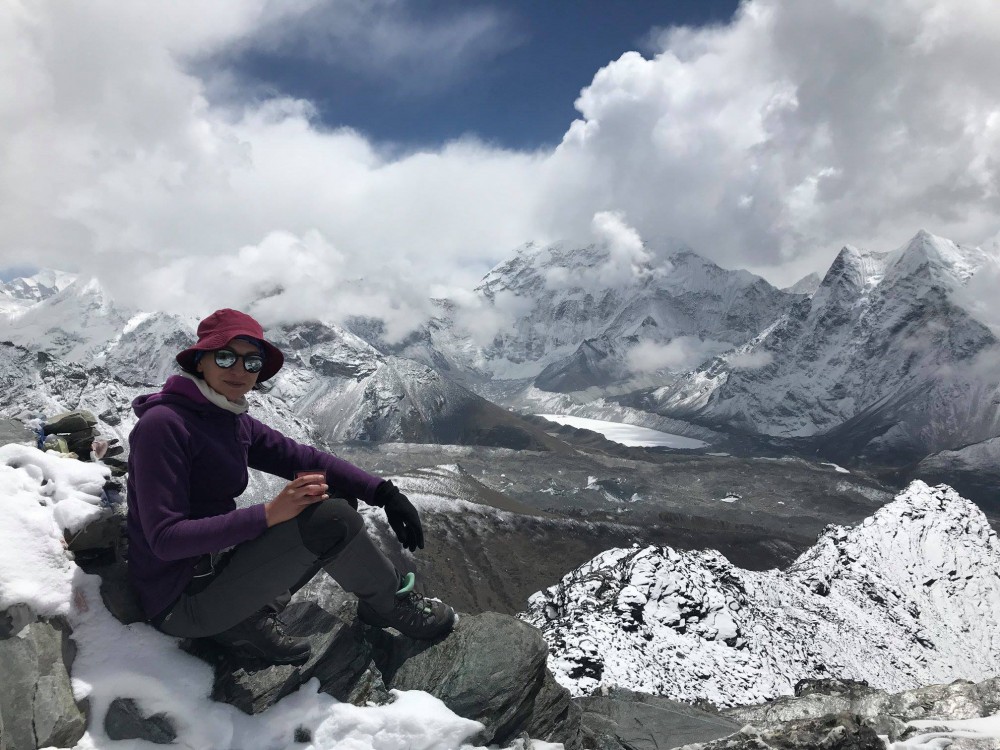