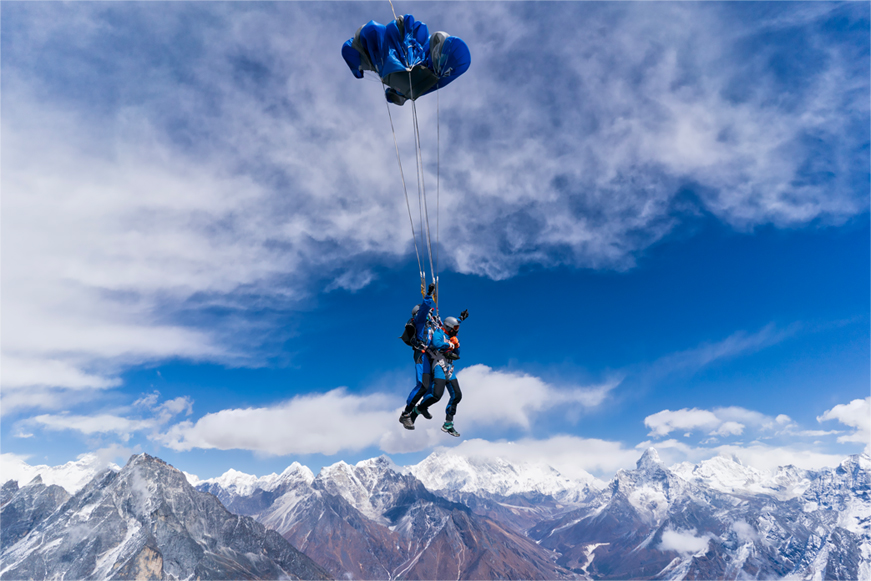 Have you ever felt the most incredible adventure, don’t worry Actual Adventure is organizing this type of thrill Doing Co operation with Helicopter company. The famous Skydive through helicopter at Syangboche (12,350 ft) in Solukhumbu District of Nepal is a unique event. This event attracts millions of people from around the world to the famous Everest region.

The event is made ‘The Highest Skydive in the World’ by the skydivers because they jumped from 29,500 feet which is higher that Everest. Syangboche lies 12 miles southwest from the Everest base camp and 17.5 miles from its apex and of course it is the highest drop zone in the world.

Once people experience this thrill from the highest point of the earth, enjoying breathtaking views of Himalaya we can assure you that you feel it as a dream and it will be memorable for you forever throughout your life.